Reina Simone is back and ready to dish out some more pain with her new 8oz boxing gloves.She looks stronger than ever, sporting more muscle and having refined her skills in the "Art of 8 Limbs", Muay Thai. This adds to her already supremely dangerous martial arts repertoire, which includes Krav Maga. Reina is going hard right away, with stiff shots to her human punching bag's chest. Her combinations are fast and furious, causing the MUCH heavier man to recoil from the force. Reina smiles gleefully as she sees the effectiveness of her quick shots. She begins to add in expertly thrown kicks, and even the dreaded Thai clinch, where she drives knees in to his body. Her punches to his jaw cause his knees to buckle, and you can feel the fear emanating from this wuss of a man as he isn't quite sure where Reina's next lightning quick hit will strike. Several of Reina's punches to his face look like they almost take his head clean off! Reina is a rare mix of strength, real Muay Thai skill, and brutality wrapped up in a bubbly beautiful package. The final knockout blow that sends him to his back is exceptionally jarring, and Reina mocks this fool for daring to stand against her. With one final flex, Reina shows she is a true knockout! Enjoy this REAL Muay Thai beatdown in ultra high resolution 4K video.   Gallery 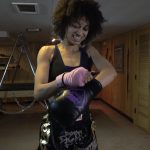 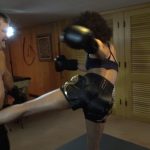 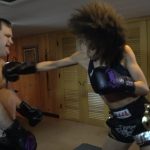 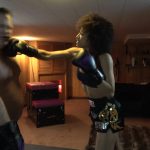 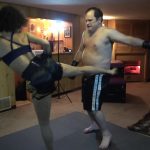 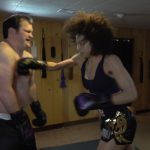 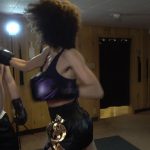 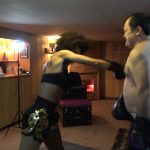 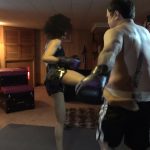 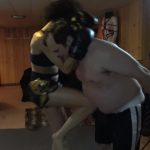 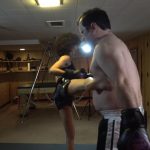 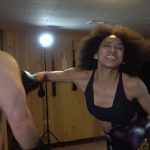 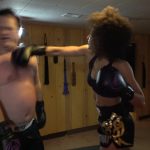 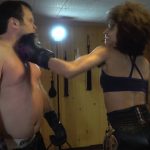 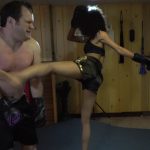 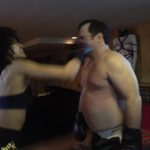 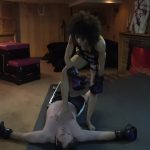 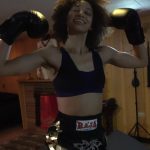 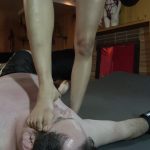 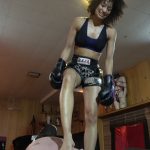