For the FIRST TIME EVER Reina Simone puts on her boxing gloves and beats you down POV Style in her dungeon. Enraged with your insolence Reina decides “It’s time to teach you a lesson”, as the natural haired interracial beauty gets ready for combat. Proficient in Muay Thai and Krav Maga Reina begins her assault with a flawless left jab that causes your head to viciously snap back. Mocking your lack of manhood, Reina states “You can handle a little hit from a girl”, as she delivers her first knockdown with an empathic uppercut. Your weakness only angers the sadistic dominatrix who says “I’m just getting warmed up”, as the jabs and crosses begin coming with more power and fury. Reina barely even breaking a sweat, after once again flooring your worthless ass commands “GET UP”, as she towers over you like a giantess. Now the onslaught really gets violent as Reina’s punches come rapid fire and leaves you a battered and bruised mess on the mats. Denting your skull with nasty elbows, Reina revels in her supremacy over you her inferior opponent. Still not finished with you Reina seductively states “You can go for just one more round”. Reina then proceeds to empty the tank unloading nasty combinations until she breaks your ugly face and flexes her lithe muscles and kisses her biceps in victory fashion, and declares your performance “Pathetic”, and leaves you on the ground a demolished mess. 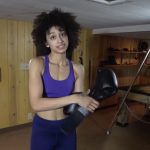 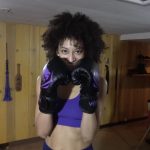 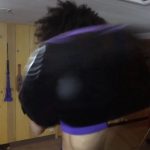 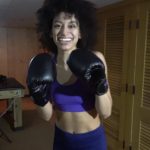 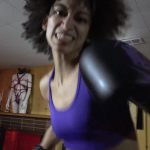 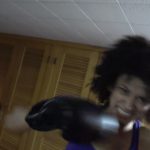 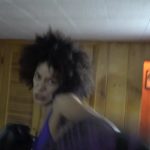 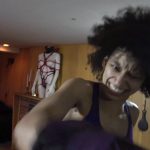 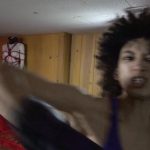 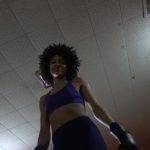 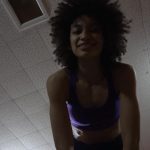 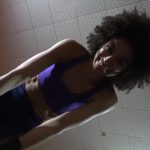 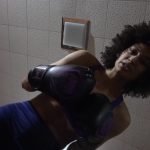 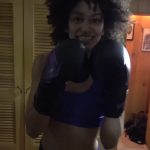 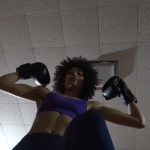 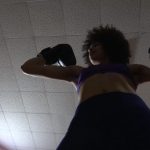