Sheena, Queen of Hungary, takes to the mats to teach her pathetic opponent a wrestling lesson. As she quickly overpowers her weaker adversary, Sheena traps him in her signature foot choke. Effortlessly transitioning to mount him in a triangle, Sheena easily forces her opponent to tap out. Stretching his ligaments in a painful grapevine, Sheena buries the slave’s face in her chest, smothering him with her ample breasts. Humbling her opponent with a nasty camel clutch, Sheena wretches back on his neck with unfathomable force. Adeptly applying a rear naked choke, Sheena adds insult to injury by placing her hand over the slave’s mouth to cut off his supply of oxygen. Burying her calf deep into her prey’s carotid artery, the merciless and powerful Hungarian, squeezes the life from him in a figure four headscissors. Locking in her revered reverse headscissors, Sheena ignores the imbecile’s taps and laughs as he tries to pry apart her vise like thighs. Watching intently as the life is slowly being taken from her prey; Sheena is sensually satisfied as her opponent suffers a 100% REAL knockout. Admiring her handiwork, the Queen of Hungary flexes her biceps in triumph over the broken loser’s body. 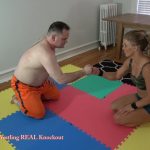 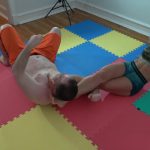 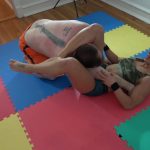 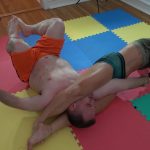 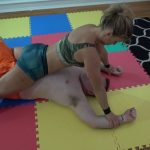 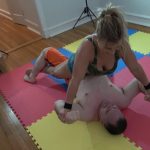 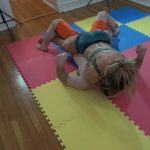 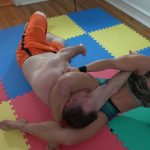 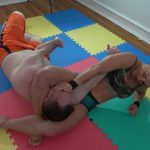 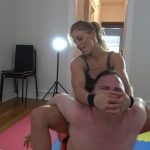 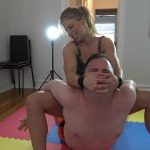 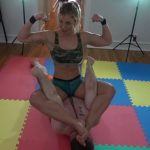 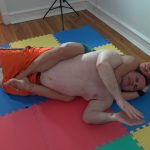 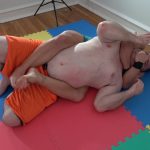 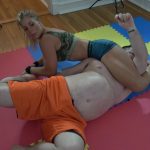 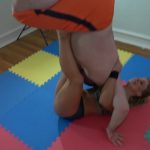 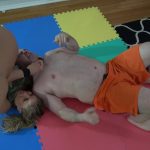 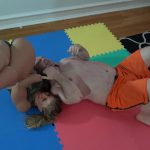 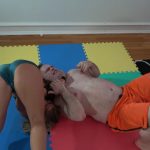 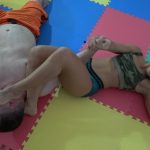 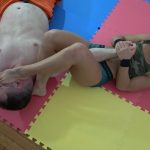 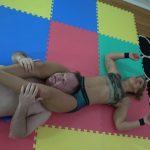 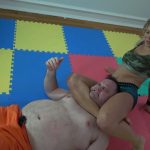 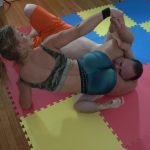 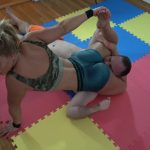 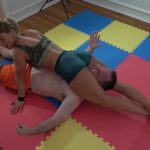 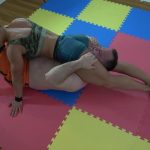 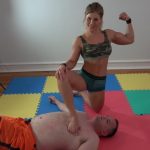