Are you ready for pain? Are you ready for suffering? Are you ready for Sheena the Terminator? Reminiscent of Sarah Connor, Sheena is clad in her white tank top and black jeans. With her fists taped and ready to beat you down POV style, Sheena states “last time wasn’t enough?” Showcasing her world class athleticism, the Judo black belt hammers you with rapid fire jabs and kicks that quickly leave you staggering.  Sheena brags about her increased strength as she connects with a spinning backfist that has you seeing stars. Following with a vicious headbutt, it is abundantly clear that Sheena is your superior. Still unsatisfied, Sheena delivers a face kick that knocks you to the mats, as she mercilessly continues her onslaught by unloading a savage ground and pound. Working up a sweat from kicking your pathetic ass, Sheena shreds her white tank top as she strips down to her black sports bra that showcases her ample Hungarian breasts. Sheena then methodically delivers a textbook combination, which is capped off with an uppercut to your chin, as you quickly begin to weaken from the unstoppable machine that is Sheena. Mocking just how pitiful you are, Sheena authoritatively states, “you fucking weak worm, you can do nothing against me!” Sheena then delivers a knockout with her signature headbutt, as she steps on your skull to add injury to insult. Flexing her bicep in victory, the undisputed Queen of Hungary reclaims her throne - bow down peasant. 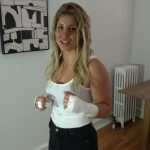 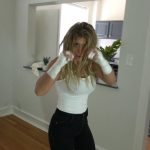 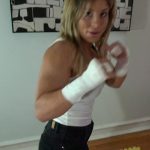 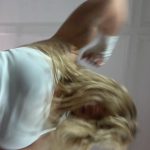 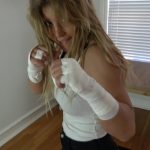 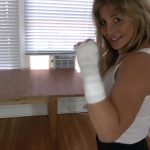 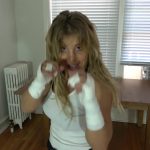 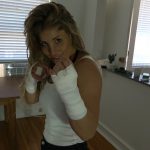 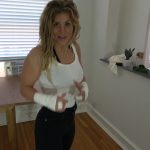 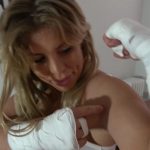 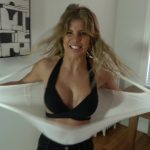 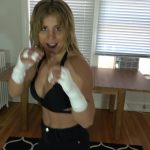 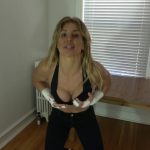 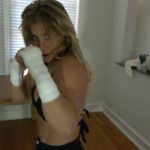 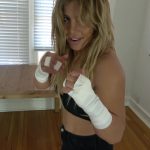 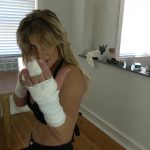 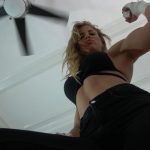